The upcoming eviction of Eleonas camp

Despite the ongoing protests of the residents, the management of Eleonas camp together with the
government of Athens decided to evict the camp by mid August, 2022. On the morning of August
16, the remaining residents are supposed to be removed from the camp. It is to be expected and has
already become apparent that this will be attempted through the reckless and brutal use of police
force.

How the eviction would effect the residents

“Now, they want to close the camp and send us far away from Athens, where we will not have
access to nothing,” Niclette, one of the resisting residents, says.
Being made to leave Eleonas camp has a variety of serious consequences for the current residents.
“There, the kids are not going to school, and they don’t have access to health and social services.
Now, what kind of educational future do our kids have in this country?” While it is no more than a
small consolation, being able to move through the city of Athens provides for a minimum of
autonomy and participation in social and cultural life etc., especially for children and adults who
have already built their personal relationships and communities in the city.

How can we simultaneously fight for a specific camp to remain and for the abolishment of
camps as we know them?

It has to be recognized in any case that refugee camps in which people are degraded, exploited,
blackmailed and abandoned are representing the governing system embodied in the EU and the state
of Greece in all its violently discriminatory constitution and therefore to be overcome. At the same
time, Eleonas camp keeps its residents off the streets and out of camps in the countryside where
safety concerns, seclusion, and covering of basic needs are even worse. Consequently, fighting for
Eleonas camp as a place people need to survive can and needs to exist within the struggle for a
world where there are no refugee camps at all. This dualism illustrates the precarious reality in
which perspectives given to refugees are limited to slightly differing levels of inhumane living
conditions.

A short chronology of the struggle

On June 21, 2022, residents of Eleonas camp protested for the first time by gathering loudly in front
of the entrance and blocking the gate from 6am on, refusing to make any compromises. They were
able to avert the first transfer scheduled for that morning, which was supposed to be the first of
many transfers, and none of the residents were taken from Eleonas. During the following weeks, the
protests were carried on and residents were actively working to find allies among various
communities in the camp for their collective struggle. Several demonstrations took place, some in
front of the camp, one to the Ministry of Migration in Athens, another one in front of the
municipality where the political decisionmakers were negotiating.
During the last two months, the fighting people of Eleonas showed a very strong will with theirconstant presence of protest in front of the gate. This struggle is leading to its peak now.

The demands of the residents

The camp management as well as the government of Athens did not listen to anything the protesters have to say. Instead, they took all measures available to crush their struggle: They installed former manager of Samos camp Maria-Dimitra Nioutsikou with a known history of human-right violations as new director. “People are scared of her, they don’t want her here. They called her to come and ‘solve the issue’, and the only thing she wants to do is a transfer.” Residents were threatened to be completely drained financially or robbed of their children. Authority representatives came harassing people one-on-one about the protests in their homes on a daily basis, and military units showed their presence in the camp. Lists of officially registered people were randomly and without notice changed so that residents grew afraid to go to work or even found themselves forced to imprison themselves within the camp for fear of not Institutionalised being permitted entrance upon their return. Travel documents were given out to many people at the same time, tricking them into the obligation of immediate departure due to their thus expired entitlement to housing in a camp.

The role of anti-Black racism

Anti-Black racism is crucial to asylum politics as a whole – Black refugees are rejected in most cases all over Europe, face the most precarious situations legally and in everyday life due to systematically and therefore socially installed racism, and are the least likely to find support, but the most likely to encounter violence in social workers and autorities. In the specific case of Eleonas camp, it is instrumentalized in a particularly perfidious way: The issuing of documents as a strategy to make people leave the camp only happened within other communities than the African community. Meanwhile, the majority of the people struggling in the protests is Black. As much as this shows that the availability of documents is a matter of political will rather than buerocratic capacity, it testifies to the administrative goal of separating communities and accordingly their collective struggle at the cost of Black refugees.This struggle is anti-racist and anti-capitalist…
“We are in a very difficult situation. It is like they don’t care about us, they don’t want us in this country. If they would really care about us, they could not do the things that they are doing. The only things they care about is the money and their funding by the EU. Everybody knows that. They dont care about nothing! If we are dying, if we cannot go to the hospital, and we don’t know for how long we will be living in these conditions. We are humans, not animals. There is no opportunity for us to integrate into the Greek society. We are all so tired.”
Isolation, terrorization of individuals and communities, extention of control measures, and institutionalised racism are all established tools of oppressive systems. In Eleonas, it is as well white capitalists who decide based on colonial continuities about who is allowed into a national state, where, and when. In this way, migration is staged as a threat and militarisation is further
promoted as a necessary defence.
The eviction of the Eleonas camp follows a series of gentrification plans that can be found in many other places in the city. Naturally, this struggle has to attack the rich, white European supremacy, the class system, the Greek state and its executive power, nations and all their borders. “If they don’t
want us in their coutry, we ask them to open the borders and let us go. Give papers to anyone and let
us go!”

Because the struggle of the residents of Eleonas camp is concerning all of us, we call on you to join it! Spread this call, think of creative ways to come into action, be angry and protest institutions like
the municipality of Athens, the Greek parliament, or the EU seat.
Come to Eleonas camp on the morning of August 16, 2022, at 6am, and be prepared to help stop the
eviction! 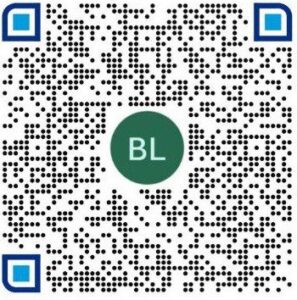